Soon after 2020, 5G networks are expected to emerge, allowing data volumes, transfer rates, as well as the number of devices connected to expand exponentially. A multi-tiered heterogeneous network is created for 5G+ systems by the ultra-dense deployment of low-power tiny base stations as well as the aerial mobile connection. Multiple devices can be linked together in a wireless network via radio waves, and there are many possible network architectures for these links. Also, the building and its layout might have an impact on the network’s structure, which is established according to the positioning regions of the channel’s pieces. Numerical characteristics that define the real-world environment and enable linking such features to model qualities remain an unsolved problem, though. In this study, we focus on the modeling challenges that arise from the organizational framework of an access network’s user deployment. The foundation of our suggested approach is a definition of the user’s environmental structure, in which urban environments composed of buildings and other constructions play a central role. To effectively handle the wireless network topology, we suggest a new model that takes into account the environment’s properties, which are described numerically as the Hurst factor or fractal dimensions. In addition, the user’s distributing area and urban development characteristics, as well as the fractal dimension and geometric fractals, are used to their full potential. The impact of environmental fractals on the architecture of prospective communication networks is then analyzed, with special focus on the Internet of Things. Finally, simulation results confirmed the usefulness of the proposed model for simulating cellular connectivity as well as wireless connectivity systems, especially 5G networks. This is a technology that can help satisfy the need for a high data transfer rate. 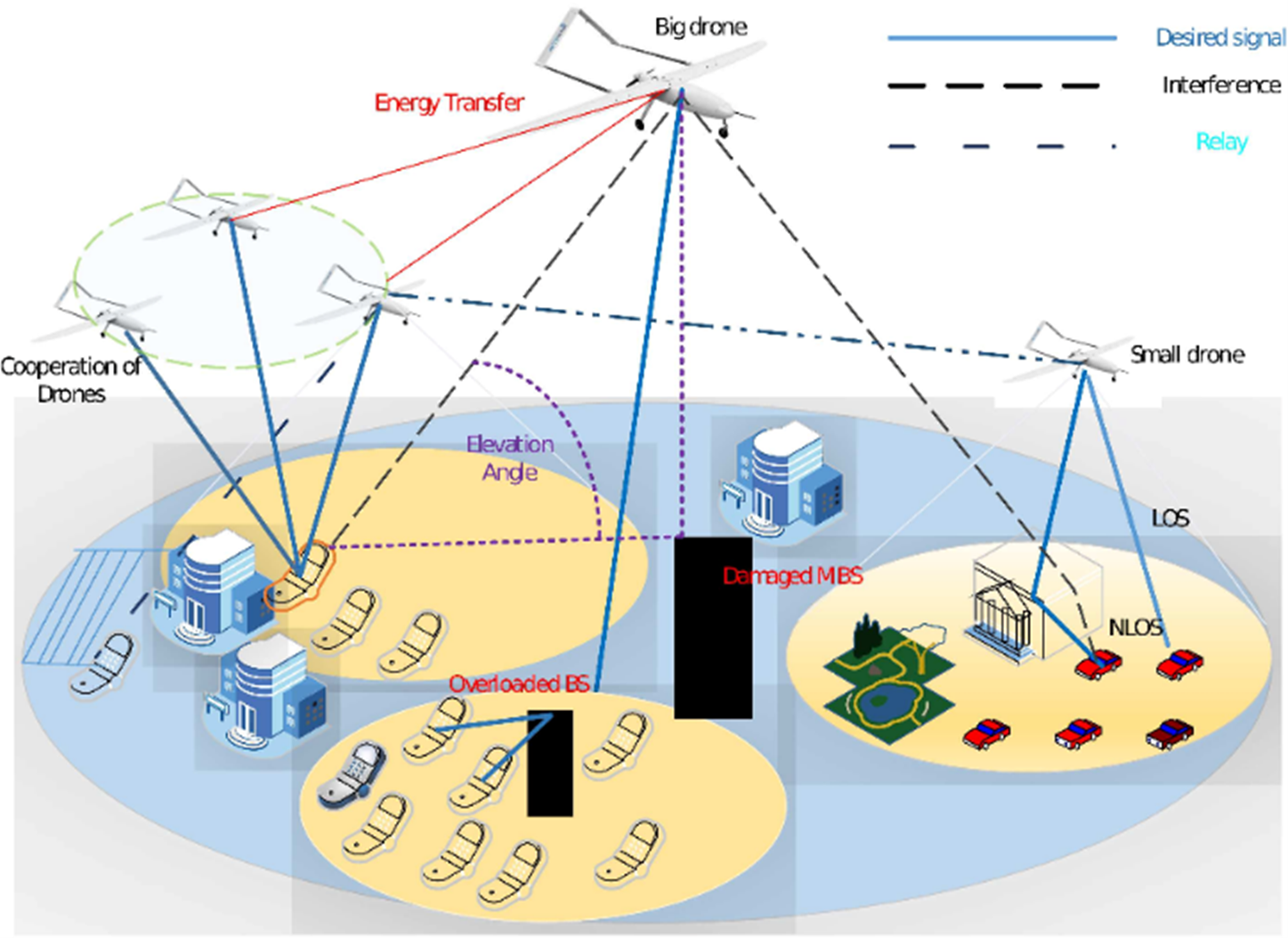 Some of the self organising networks features may be implemented in a unique way in a future wireless network that operates in the air. If a cell outage is identified, conventional self organising networks BSs in the vicinity will adjust their signal strength or antenna tilt to make up for it (self-healing) While in flight, novel flying platforms (NFPs) can reorganize their placements to make up for the outage with less energy use. Each NFP node can make its own call on where to place new employees, or the decision might be made centrally. 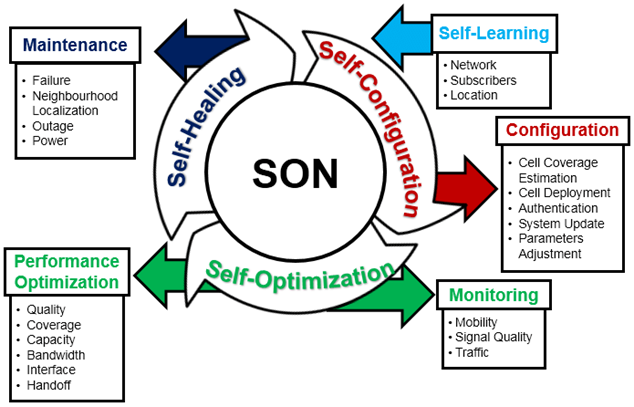 The NFPs are structured hierarchically, with the Medium Layer acting as a relay between the Higher Layer, which manages the transport network, and the Access or front haul Layer, which manages the individual small cells. NFPs in the Lower Layer (LL) are true low altitude platforms, meaning they travel at relatively lower altitudes than other platforms, and they are also responsible for optimizing the network by actions like NFP placement and association based on resource distribution, disruption control, etc. In contrast, novel flying platforms (NFPs) such as UAVs, unmanned balloons, or drones flying at low/high/medium altitudes can be used to boost network coverage and capacity by employing novel radio resource management tactics. In the context of this article, HL providers are defined as “High Altitude Platforms,” whose responsibility it is to maximize the efficiency of the transportation network’s available assets. With our proposed architecture, ML NFPs play the role of connecting the DL and UL as MAPs (Medium Altitude Platforms). That’s why it’s so important that the planned NFPs-driven mobile connection is both safe and secure; otherwise, the self-organizing networks would be useless.