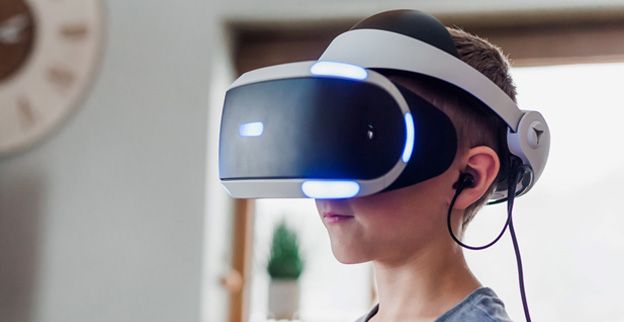 The unprecedented pace of evolution of technology in the recent past has exposed humans to experiences that were only fantasies in the past. The boundary between the virtual and the real world is evaporating at an accelerated rate. We have already started living in a world in which a significant part of science fiction has turned into reality.

This pandemic, like all the others in the past, has provided an impetus to the formation of new behavioral norms, which in turn, has made businesses and enterprises confront great challenges, and at the same time, opportunities. In a recent media interaction, the CEO of Microsoft Corp., Satya Nadella, expressed pressing concern about managing something known as the hybrid paradox. Polls conducted during the past two years reveal that nearly seventy percent of people seek flexibility in work and consumption, which indicates the propensity to work and interact remotely. However, quite paradoxically, nearly seventy percent of people also look for human connection and touch. Hence, not only are these two not mutually exclusive but probably symbiotic. The challenge for enterprises is to create both together, which would undoubtedly lead to a sustainable competitive advantage in the form of deeper engagement and network effect.

Agile organizations are responding quickly to this paradigm shift by adopting new ways of facilitating collaboration and communication. They understand how the concept of space has undergone a fundamental change in recent times. Recently launched Microsoft Mesh where individuals can interact with holograms and 3D images of the person/s they are chatting with, is just the beginning of this journey.

Facebook Metaverse’s horizon world is another well-timed step towards creating an experience of presence in the virtual world. The application can now be accessed and used in the United States and Canada. As stated by Navah Berg, beta Horizon content creator and social media consultant, “I believe the next phase of social media is presence”. She adds that soon we are going to witness brands inviting brand ambassadors to try out products without being physically present. A brand can launch a press release without writing one but being there and sharing the news with a community of journalists in a get-together in social VR.

The reach and impact of the new reality

So far, the relevance and impact of social media in peoples’ lives have been built through shared passions. Individuals connected based on shared interests leading to camaraderie. The stories and content played a pivotal role in social media engagement. But virtual reality is taking it altogether to a different dimension where new friends and new memories converge through an immersive lens that feels as though they are in the same shared space. Social VR allows us to learn and build meaningful relationships with our connections by being there.

This is not just incremental progress but a major leap towards redefining interaction and engagement in the virtual world. Social objectives are now the central agenda of business enterprises, as the creation of social capital complements economic capital and bolsters organizational prosperity. Facebook has been one of the pioneers in building VR headsets and promoting social virtual reality. Facebook’s Metaverse isn’t just another way to hook people to the Facebook platform but is envisaged as the next computing platform that will help people feel more present with each other, even when they are apart. Facebook Horizon is going to redefine social media and the way it is used. Instead of consuming written content or reading friends’ updates, Horizon offers a different type of online social interaction.

The relevance, scope, and interest of social virtual reality

The exponential growth in the use of digital and social media during the pandemic has also led to something we know as social fatigue. Despite the availability of myriad engagement tools, people tend to disengage because of extended hours of interaction over these media. The absence of tangibility is palpable and hence, there are reasons for social wear out.   Gameplay or world-building takes some of the strain out of being social and the fatigue associated with it. Avatars display the same expressions as their human counterparts. Spatial presence includes audio, where the closer one moves to noise the louder it gets. It is just akin to interacting with someone sitting next to us.

Unequivocally, the future of communication is here. The convergence of both the physical and virtual worlds will create new opportunities in the future in the way friends, families, and even colleagues connect.