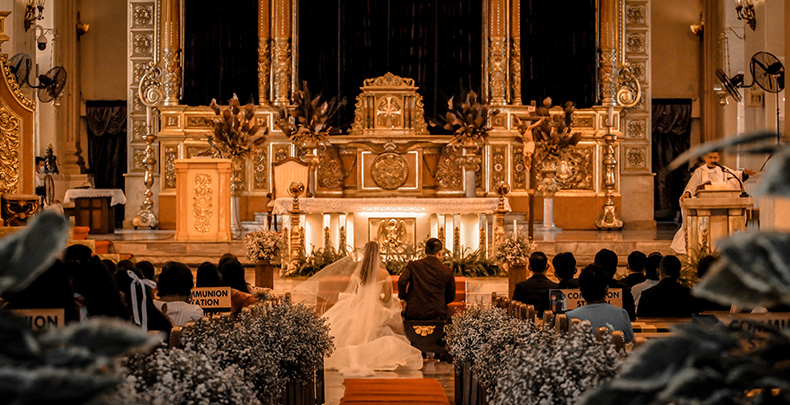 The right to marry and have a family is considered one of the basic human rights recognised in all societies. The Supreme Court of India has time and again recognised it as an inherent part of the fundamental right to life under Article 21 of the Indian Constitution. In order to be lawfully married, prospective bride and groom need to follow certain laws and customs. These laws govern the manner of entering into marriage, specify relations which are prohibited from marrying each other, lay down the condition to be of a certain age and other such requirements. The laws of marriage in India are diverse and religion-specific. They are also referred to as personal laws. Thus, the rules vary with the religion of parties who wish to get married. Some marriage laws have been modified and enacted by the Parliament, while others continue to exist as per religious commands.

Hindu Marriage- Hindu law of marriage and divorce is provided in The Hindu Marriage Act, 1955. Although Hindu marriages are considered a sacred union, yet contractual features are incorporated in the law. Besides providing for rules for entering into marriage, the law also enables both husband and wife to put an end to their marriage in certain situations.

The Hindu Marriage Act, 1955 becomes applicable where the bride and groom are either Hindus, Buddhists, Sikhs or Jains. It requires strict monogamy to be followed i.e., marriage with only one person at a time. If an already married person enters into a second marriage, the first spouse not being divorced or deceased, then such conduct is a punishable offence. The second marriage will also not be lawful. In order to get married, the bride and groom should complete the age of 18 and 21 years respectively and be mentally fit for such union. They should not be related to each other as against the rules. The law requires the couple to get married by performing their customary ceremonies such as taking seven steps around the fire or tying of thaali, Once married, the couple needs to register their marriage in the office of the concerned Sub-Registrar.

Further, if the parties to marriage are Sikhs, then The Anand Marriage Act of 1909 allows them to enter the marital union as per the Sikh religious ceremony of Anand Karaj.

Muslim Marriage- Muslim marriage rules are quite distinct from Hindu laws. Muslim law for marriage has its basis in Shariat. Here, marriage is in the nature of a contract and the bride and groom can enter into various agreements as to their matrimonial rights and obligations.

A lawful Muslim marriage i.e., a Nikah requires the groom to make his proposal of marriage. The proposal then needs to be accepted by a relative appointed on behalf of the bride. This is called Ijab and Qubool. Usually, the marriage is officiated by religious judges or Qazis. The entire process of Nikah should be performed in the same sitting and there should not be any considerable lag between the proposal and its acceptance. The proposal of marriage needs to be accompanied by a consideration amount or any other property (Mahr) to be given by the groom to the bride. This is regarded as a mark of respect towards the wife and has legal recognition. Further, if the parties belong to Sunni School of Islam, then two male witnesses or two female witnesses and one male witness should be present at the time of marriage (Nikah). The marriage contract (Nikahnama) should be signed by the bride, groom, the Qazi and witnesses.

Furthermore, the bride and groom are also required to be mentally fit and should not be related to each other as against the rules of consanguinity and affinity. They should have attained the age of puberty which is generally accepted as 15 years, although a guardian can contract a marriage for a child below such age.

Some of the detailed rules for marriage are different for Shias and Sunnis. Also, the rules for marriage are different in the case of males and females. A Muslim male can marry a non-Muslim woman who is a Kitabiya (believer of book such as a Christian or Jew) whereas a Muslim woman cannot marry a non-Muslim man without conversion. Further, a Muslim man is allowed to enter into polygamy while the same is prohibited for a Muslim woman.

The marriages are to be performed only by Ministers of Church, Clergyman of Church of Scotland, Ministers of Religion or Registrars licensed by State Government. As a general rule, marriage can be solemnized between 6 am to 7 pm in a Church unless there is no such Church within 5 miles. There are provisions laying down specific rules for marriages of Christians in general as well as for Indian Christians who are Christian descendants of natives of India converted to Christianity. The law requires any one party in the marriage (bride or groom) to give the public notice of marriage to the Minister or Registrar solemnizing the marriage. Certificate of marriage needs to be issued by such authority and marriage is also required to be registered.

Further, the bride and groom should have completed the age of 18 and 21 respectively and should not already be married. The rule of monogamy is followed in Christian marriages. The marriage needs to be performed in presence of a minimum two witnesses and the parties are to make a declaration in the standard format. The parties should not be forbidden to marry for being close relatives. Marriage is also possible where one or both parties are minors if they obtain the consent of the father, guardian or mother.

Parsi Marriage: The Parsi Marriage and Divorce Act of 1936 lays down the rules for marriage among Parsis. In order to enter into a marriage, the bride and groom should have completed 18 and 21 years of age respectively and should not be related to each other by consanguinity or affinity. The marriage is required to be performed as per the religious ceremony of Ashirvad in presence of a Parsi priest and two other Parsi witnesses. The parties in the marriage have to follow monogamy strictly. The priest issues a certificate of marriage which needs to be signed by the bride, groom, priest and the two witnesses. After which, the certificate is sent to the appointed Registrar.

The aforementioned marriage rules are fraught with a number of issues. Their existence is traced to our colonial past which has significantly shaped our matrimonial laws and is often questioned on their rationality. These religion-specific marriage laws contain provisions that are biased towards men and reflect age-old patriarchal notions. Many of these laws have now been modified to give women definite rights in marital relationships as well as in property matters. This is necessary to fulfil the constitutional guarantee of gender equality. But still much remains to be done. Moreover, the rules also give a lot of preference to customs. Customs are essential characteristics of society but if left unchecked they grow into rooted evils as has happened in the case of rampant child marriages in India.

The religious marriage laws also pose problems for those couples who belong to different faiths. To uphold the right to marry for inter-faith couples, the rules for solemnisation and registration of their marriages are provided in the Special Marriage Act, 1954.  When the bride and groom are of 18 and 21 years respectively, mentally fit and are not within prohibited relations; then the marriages can be lawfully solemnised irrespective of their religious identity. Such laws and the remarkable decisions of the Indian Supreme Court have opened the way for inter-religious and inter-caste marriages in India. Further, the Constitution of India also directs the State to strive towards making uniform laws for such personal matters in Article 44.

The varied marriage laws applicable to Indians are an obvious implication of the unique and diverse social milieu we live in. This complex system is often a cause of confusion for laymen and results in serious legal problems. It is very important that marriage between two persons be recognised as legal and valid in the eyes of law. Registration of marriages is also a requirement in most of the marriage laws so that the status of husband and wife is well established and they can claim legal rights and remedies from the courts. The multiplicity of marriage laws is often seen as a problem as it makes compliance difficult along with other issues discussed above. The way forward is to achieve the constitutional goal of enacting uniform civil laws based on ideals of gender justice, which would provide for common matrimonial laws for all religions while also respecting our religious diversity.

Prof. Apoorva Tomar is working as an Assistant Professor at Alliance School of Law. She has completed her LLM from Faculty of Law, University of Delhi and Bachelor of Laws from ILS Law College, University of Pune. She holds UGC Net certification and has previously worked as a Legal Researcher in Delhi State Consumer Disputes Redressal Commission