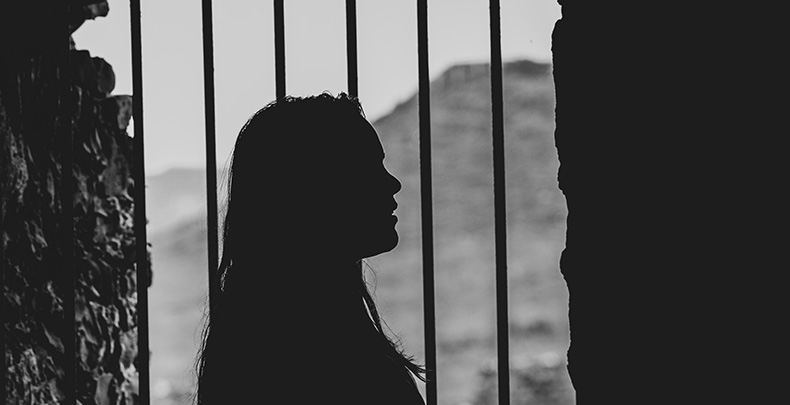 Pandit Jawaharlal Nehru once said “You can tell the condition of a nation by looking at the status of women in the country.”

Even though there are laws for the protection of women, the question which comes to mind is whether the country has fulfilled the dreamers of the Constitution. In every stage of life, women have faced discrimination. Owing to our patriarchal society, women have traditionally been kept on a lower footing and when society declares a woman as an offender who is convicted and given punishment, her position becomes unimaginable.  The problems which women prisoners face are endless with many of their problems remaining unresolved. Police and jail authorities have wide discretion in their hands and this results in violation of their basic human rights. Violation of rights of women prisoners continues increasing despite a plethora of provisions contained in the Indian Constitution and International Conventions. India has taken up prison reforms from time to time but the benefit in terms of restorative justice principles and its programmes have rarely reached women prisoners.

As India is a patriarchal society, women have traditionally felt inferior to men. We continue to come across incidents where women are raped by men and abused by her relations. When she retaliates, she is declared an offender and dumped into prison in violation of her basic human rights. Many women belonging to lower economic strata are often dragged into unlawful activities such as drug dealing, theft and prostitution while all they are trying to achieve is but meeting their basic needs.

According to Human Rights Council, there are more than 700,000 women prisoners across the globe out of which India has more than 18,000 female prisoners and not all of these live-in female prisons. Existing prison conditions, gender discrimination, custodial torture, inhuman treatment towards children, lack of basic inhumanities and inaccessibility to legal services further aggravate their sufferings.

Judiciary has been playing an active part in responding to violations of the human rights of female prisoners through its interpretation of Articles 21, 19, 22, 37 and 39 A of the Indian Constitution. The Legislature has also come up with different laws enacted for the protection of prisoners in India including Prisons Act, 1894, Prisoners Act, 1900, Identification of Prisoner’s Act, 1920, Transfers of Prisoner’s Act, 1950, Prisoners (Attendance in Court Act), 1955, Probation of Offenders Act, 1958, Repatriation of Prisoner’s Act, 2003 and Model Prison Manual, 2016. Apart from these, we also have the Juvenile Justice (Care and Protection) Act, 2000, Code of Criminal Procedure, 1973 and Indian Penal Code, 1860 where the emphasis is on rehabilitation, vocational training and transfer of prisoners from over-populated prisons to less congested ones.

In T.K Gopal v. State of Karnataka (2000 (6) SCC 168), a therapeutic approach while dealing with criminal tendencies of the prisoners was advocated by the court. Justice R.C Lahoti brought into notice, the inhuman conditions prevailing in 1382 prisons and said that liability cannot be disowned by the State when it comes to the life and safety of a prisoner.

In the last few decades, the urgent need for prison reforms has come into focus and it has been reiterated by courts that existing prison conditions are not conducive for their reformation. Focus has shifted to restorative Justice wherein victim and offender meet to reach a resolution with the help of a facilitator. Restorative Justice has been interpreted differently in different countries and has been often described as “communication justice”, “making amends”, “positive justice” and “community justice.”  Stressing upon the same, United Nations Economic and Social Council has adopted the Basic Principles on the Use of Restorative Justice Programmes in Criminal Matters prescribing legal standards for restorative justice.

Countries have adopted restorative justice in different formats. These include Victim-Offender Mediation (VMO) where victim’s needs are addressed and offenders are held accountable for their offences. Some countries have projects on victim/awareness/empathy where the impact of crimes on victims is being learnt by offenders through role-plays and experimental experiences. Others have adopted community service projects where the offenders do something for the community.

The formal justice system is being met with criticism both nationally and internationally. This has resulted in alternative responses to crime and social disorder. A lot of these alternatives provide an opportunity for resolving conflicts between the parties involved. There are directions issued by the Supreme Court of India for establishing ‘open prisons’. Court has also passed a series of orders for ushering reforms for inmates, prevention of over-crowding, the appointment of counselors, facilities for telephone facilities and video conferencing so that they can remain in contact with their lawyers and family members. In Rahmath Nisha Vs The Additional Director General of Prison and others (WP (MD) No.12488 of 2019), the court said that we should protect prisoner’s right to privacy and dignity. This includes no monitoring of conversation between the prisoner and his spouse. However, in reality, this is hardly the case. For women prisoners, stigma just stays.

In India, at the instance of the Central Government, care programs are being envisaged. This can greatly benefit women prisoners who commit fewer crimes compared to their male counterparts. The path is not easy because, for restorative justice programs, there is a lack of awareness among people and prison inmates. Awareness is needed so that when healing takes place, it truly heals victims and prisoners and becomes a solace for women prisoners. Coordination between Government and Judiciary is also required for taking stringent measures against people who drag women into crimes. The vast majority of these prisoners are Adivasis, Dalits and from the marginalised communities who are unable to defend themselves legally and financially because of their social and economic situation. We need to analyse the rights available to women prisoners in India to rework them in lines of restorative justice in prisons.

Prof. Priyanka Sonowal is working as an Assistant Professor at Alliance School of Law. She is a Bachelor of Arts in History-Spanish from Jesus and Mary College, University of Delhi, Bachelor of Laws from Faculty of Law, University of Law and LLM from National Law School of India University, Bangalore. She has previously worked as a Trainee Associate at District Court, Tinsukia, Assam under M.S Alley (Senior Advocate) and as a Legal Associate at Strta Consulting Services Private Limited.