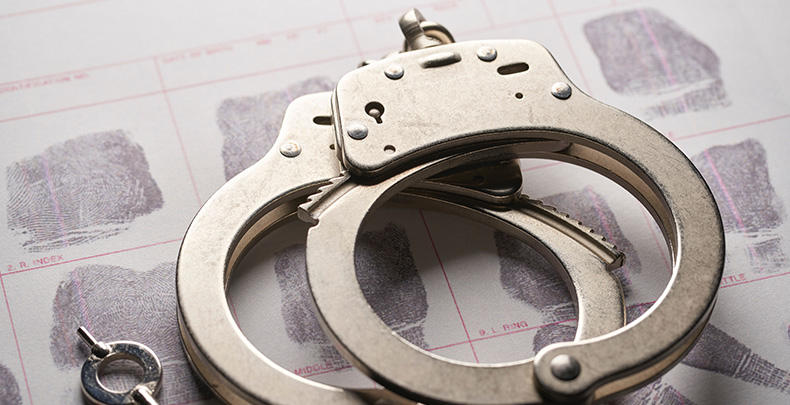 The sentencing of offenders is the core of criminal law and policy. Considering the discretionary power that is vested on the judiciary, and given the range of sentences available, it becomes difficult for the judiciary in maintaining the concepts of proportionality, consistency and fairness in sentencing. This disparity in sentencing has resulted in curtailing the accomplishment of goals of sentencing in India.

Section 53 of the Indian Penal Code (IPC) deals with the kinds of punishments that are generally imposed for offences in India. Being part of a colonial framework, the governance of the criminal offences and their respective punishments is governed by the philosophy of instilling fear and exercising control over the native populations. In the era of barbaric public rituals, the use of imprisonment became the most humane and preferred approach to punish offenders. Proponents of imprisonment as a form of punishment argue that it is the only punishment that can incorporate all the objectives of punishment, namely incapacitation, retribution, deterrence, rehabilitation, and correction. The disagreement on the relative weightage this form of punishment needs to be given and the ways in which prisons should be operating resulted in changes in the International Law, which upholds the importance of reintegration and rehabilitation as the primary purpose of punishment.

However, reports on conditions prevailing in prisons across the world also made the penal reformers understand that the imposition of penal discipline has resulted in a scenario that is not less repressive than the corporal punishment of the old regime. In addition, other dominant issues in prisons across the globe involve over-representation of people belonging to certain class, caste or creed or religion, or economic status. Such data also shows the laws are skewed towards ‘punishing’ certain people, while others are relatively immune. The Supreme Court of India had highlighted various key issues related to the prison system, which results in the violation of the human rights of prisoners. These issues include overcrowding, delay in the trial, torture and ill-treatment, neglect of health and hygiene, insubstantial food and inadequate clothing, prison vices, deficiency in communication, streamlining of jail visits and management of open-air prisons.

Administrators of the criminal justice system need to be aware that there are certain rights and freedoms which are fundamental to human existence, which cannot be denied or forfeited, including the basic right to safety or an adequate standard of living, such as adequate food, water, accommodation, sanitation, ventilation, clothing, bedding, and opportunities for exercise. This also means that safeguarding such number of people in prisons is also resource-intensive and the limited number of resources will lead to violation of the human rights of prisoners. It is in this context, application of alternative forms of punishment becomes relevant. The Apex Court in the Mohammed Giasuddin v. State of Andhra Pradesh [1977 (3) SCC 287] observed that the judges should be offered a wide range of options for sentencing offenders so that the purpose of punishments can be achieved.

Such observations of the Court have resulted in the development of various alternatives to punishments, which are available in each of the three stages of the criminal justice system;

At the Pre-trial Stage

The court is empowered to compound such offences that are not very severe, while ensuring that justice is provided to the victim. Section 320 of the Code of Criminal Procedure (CrPC, 1973) provides for the compounding of offences. Section 320 provides a list of compoundable offences and also mentions that when the offence is compoundable then the abetment and/or attempt to commit the offence should also be considered compoundable.

At the Sentencing Stage

At the sentencing stage there are three forms of alternatives available:

Section 360 of the CrPC provides for the first two options and is available only for two categories of offenders. The first category involves young first-time offenders, who are under 21 years of age and is convicted with an offence punishable with a fine only or with an imprisonment for a term below 7 years. The second category belongs to any other person (either a first-time or repeated offender) who has committed an offence that is punishable with imprisonment for a term of less than 2 years. Further, the Probation of Offenders Act (1958) also provides probation as an alternative to imprisonment in cases involving young offenders.

The third option, though is being practiced by various judges in many cases, does not have legislative backing. The Juvenile Justice Act also mentions the possibility of using supervised community service as a sentence for the treatment of children in conflict with the law.

The alternatives to imprisonment that are available at the Post-sentencing stage include parole, pardon, remission, open prisons, etc. It needs to be understood that these options are available only after the convict completes a minimum amount of imprisonment in the respective prisons.

All though these alternatives are available, the prisons in India remain overcrowded with over-representation of certain sections of the population in the prisons. And we should also acknowledge that there is no evidence from across the world, where imprisonment has contributed to increasing public safety. The Courts are also criticised widely in the non/limited application of alternatives to imprisonment. But it needs to be understood that the Courts cannot be blamed if there is no/limited law that allows the usage of prison alternatives.

International Framework on Alternative to Imprisonment

The existing framework for considering alternatives to imprisonment is restricted primarily to the United Nations Standard Minimum Rules for Non-Custodial Measures (the Tokyo Rules), adopted in 1986. These Rules provide for alternate, non-custodial measures as the basis for a reductionist criminal justice policy. In addition, the Declaration of Basic Principles of Justice for Victims of Crime and Abuse of Power and the Basic Principles on the Use of Restorative Justice Programmes in Criminal Matters become additional tools for matters related to alternatives to incarceration.

According to these international frameworks, alternatives to imprisonment include decriminalisation and diversion become methods that could be adopted to reduce imprisonment. Here decriminalisation includes changing of law so that an act that was considered as a crime no longer continues to be a criminal act. Such decriminalisations can be explored in considerations to general exceptions related to infancy, insanity, inevitable accidents. Decriminalisation can also be applied to those offenses that are against morality, an example could be adultery. However, in a practical sense, such decriminalisations may not be completely possible. In such a context, decriminalisation needs to be understood in a wider sense, which retains the act as an offence, while limit/dilute the liability through procedural or correctional devices. Such measures may include (i) introducing exceptions to the main offence through general provisions, (ii) exception from liability under certain circumstances; (iii) restrictions in awarding punishments in certain cases; etc.

Diversions include considering the use of other methods than processing the Criminal Justice System. It also includes empowering police and prosecutors to avail the discretion on which cases needs to be considered and which needs to be ignored, for which again clear guidelines must be developed. The strategies adopted so could include solving disputes through restorative means, which is less explored in the context of India. The use of mediation and alternative dispute resolution mechanisms are also methods that could make diversion a reality.

The prevalent over-crowding in Indian prisons shows that we have not explored the possibility of having systems alternative to imprisonment. The Supreme Court had also recently condemned the appeal of the Uttar Pradesh state who argued against the release of three prisoners citing socioeconomic reasons. The Tokyo Rules provides possible alternatives to sentences of imprisonment, including verbal sanctions, conditional discharge, status penalties, economic sanctions, confiscation orders, restitution to the victim, suspended or deferred sentences, probation and judicial supervision, a community service order, referral to an attendance centre, house arrest, other non-institutional measures or a combination of any listed earlier. The current mechanism in India has only explored very limited options while a few countries have reached the level of shutting down its prisons. A gradual decrease in the prison population also means budgetary allocation into other developmental activities.

Dr. Vineetha Sivakumar is an Assistant Professor at the School of Law, Alliance University. She has developed her skills in academic research and criminal law. Dr Vineetha holds a Doctorate in Social Sciences from Tata Institute of Social Sciences Mumbai, after qualifying NET/JRF in 2010. Her doctoral thesis is on prison policy and practice in India. She also holds dual master’s degrees; MA in Criminology from University of Madras and MSc in Applied Psychology from Bharatiyar University.